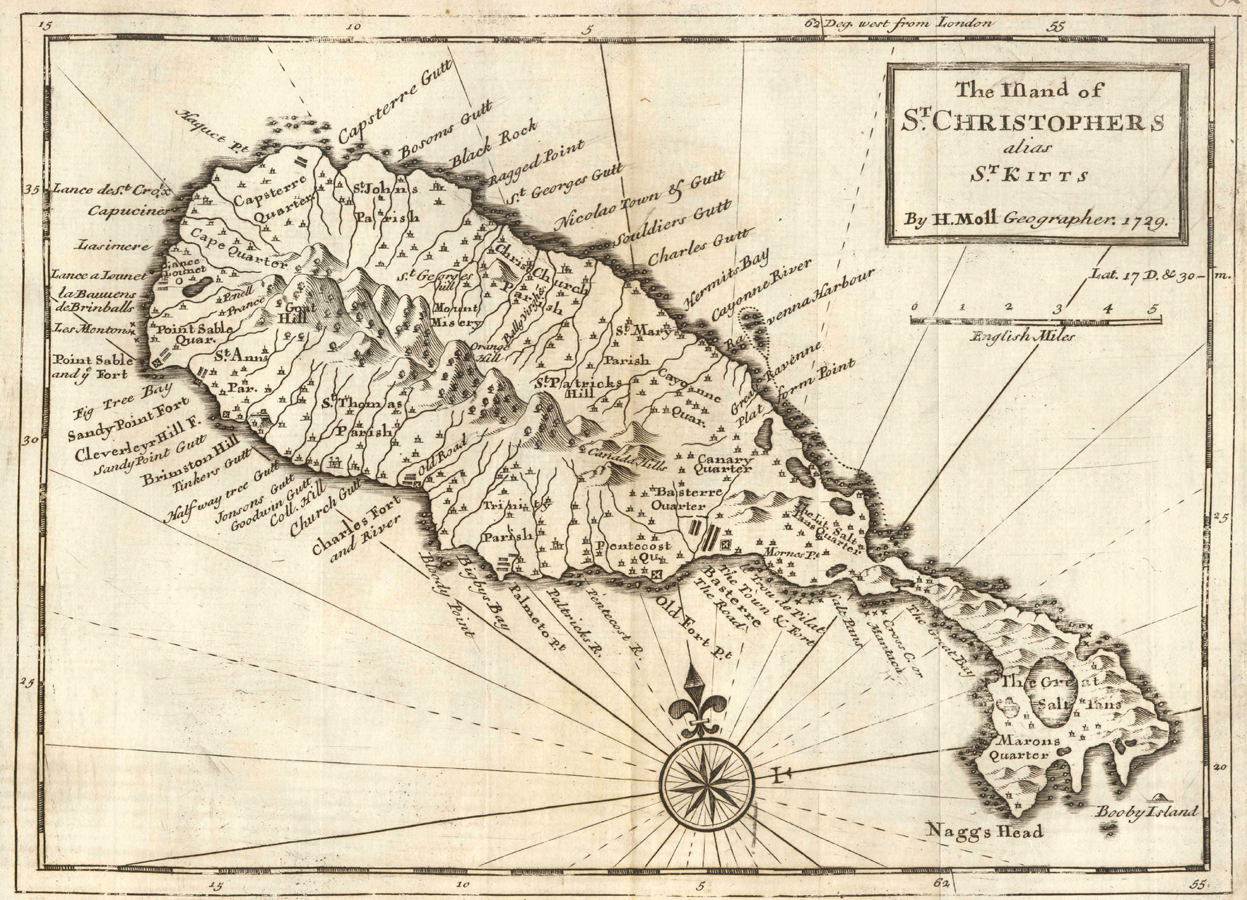 This week, in a story published by The Guardian, (25/11/20), it emerged that the British Library keeps a list of names of people with connections to colonial harms and the transatlantic slave trade. After wrongly linking poet Ted Hughes to Nicholas Ferrar, and outcry from the Hughes’ estate, the British Library has removed his name from the list.

I learned over the summer that two of my Scottish forebears in the late 18th century benefitted materially from slavery in the Caribbean. I discovered this by chance in a slim family history that an elderly relative had self-published in the 1970s. I’d inherited a copy when he died, but the booklet sat ignored on a bookshelf for years.

During lockdown, my husband and I binge-watched Outlander. It was only then that I wondered what part, if any, those Scottish ancestors of mine had played at Culloden. Yes, one man: he fled to France and was never heard of again. My attention drifted and came to rest on the next line – two brothers of Bo’ness, Leith: John, Commissary General to the Windward Isles, who died, childless, in 1805 in Barbados. And, Duncan, who made his way to China as a young man then on to St Kitts to join his brother. He died in 1816 but had returned to Scotland several years earlier.

Barbados? St Kitts? How did these two brothers end up there? Why?

The connection to slavery was not at first apparent and could easily be overlooked; no mention is made of it in the booklet. John Glasfurd was appointed Commissary General – when, or for how long, is not clear, but likely the 1780s – 1790s. He is also described as a ‘farmer’ who owned a ‘large estate’ at Sandy Point, St Kitts. To be clear, an estate was a sugar plantation and St Kitts was the most profitable of all British colonies at this time. Frequent wars were fought over the island throughout the eighteenth century, such was its value to the British crown.

John and Duncan Glasfurd form part of Scotland’s shameful links to chattel slavery, a history that remains far less well understood than that of Bristol, London and Liverpool. John died in 1805, Duncan in 1816. As far as I know, there is no record of compensation being paid out to any surviving family member after 1833, when slavery was finally abolished in the British Caribbean, Mauritius and the Cape. And it seems as if this sordid, ignoble, shameful story as it relates to my family was confined to a single generation. But that comes as no comfort and does not help me answer the questions I have.

What does the present owe the past? What reparation can I make? Why have I been ignorant for so long about something that was under my nose? These questions occupy me. I look at the history books I own and think of the history I was taught – so much of it now comes across as one long exercise in gaslighting. In Legacies of British Slave-ownership, (Catherine Hall et al, 2014), Keith McClelland writes:

Slave-ownership is virtually invisible in British history. It has been elided by strategies of euphemism and evasion originally adapted by the slave-owners themselves and subsequently reproduced widely in British culture.

Coming back to Outlander, the expensively-costumed romp that tears through history with avaricious hunger — the storyline moves from Scotland to the US and has to deal, eventually, with the elephant in the room: slavery. The storyline is problematic, ultimately spinning a white saviour narrative which was palpably false for the time. Black characters are little more than props to a white story. (1)

On finding out about John and Duncan, the worst thing I could do was to do nothing; to wish that past away; to turn away from it, to hush it up. Hasn’t that been the problem for too long? Of amnesia? Of forgetting? Of denial?

Six generations separate me from the actions of my forebears. I could not feel more estranged from those men if it were possible. Yet we are connected and their part in my place in the present cannot be denied, nor should it be ignored. I think of the countless lives their actions affected and the suffering they caused. I think about how that has shaken through to the present. I’m appalled. I am disgusted by them and the harm they caused. The remote Scottish ancestry I had always felt proud of, now reconfigured as a shameful, barbaric thing. But what I feel is immaterial. It is not what matters.

As soon as I discovered this, I emailed the Legacies of British Slave-ownership project at UCL. Duncan and John Glasfurd’s names were not listed on their database, which deals with those who were compensated after 1833. I wanted their names placed on the historical record, if possible, these men who had very almost got away with being forgotten. But it is not lost on me that if it had not been for this distant relative having the time and resources to research family history in the 1970s, that I would not have known any of this. Nor is it lost on me that I have the luxury, the privilege, of knowing — when the lives of generations of enslaved men, women and children were not recorded, their identities erased.

The first register on St Kitts was created in 1817:

The Slave registers of St. Kitts are the first documentation of a people who had previously been made to live, work and die without an identity. For today’s Kittitian they represent a link with unknown ancestors. Although many cannot trace their family to the days of enslavement, there is, at times, a feeling of satisfaction in knowing that an ancestor has to be listed in one of the registers. The registry has therefore given some people a sense of history and grounding in society. (Memory of the World, St Kitts National Archive)

Obviously, I am not Ted Hughes, and I make no claim to be a writer of his standing. The British Library holds two of my books, and a third when it is published in 2022. It even holds a copy of my family’s wretched history. If the purpose of the list is to understand how past and the present connect to the holdings it has, then the British Library should add my name to it too.

Yes, other people should be able to know, and consider what that means. I cannot change the past. That does not mean I should not or cannot recognise the bearing the past has on the present. Of course I should, and I do. And I do have that responsibility in the present.

I cannot, and will not, be part of forgetting. (2) 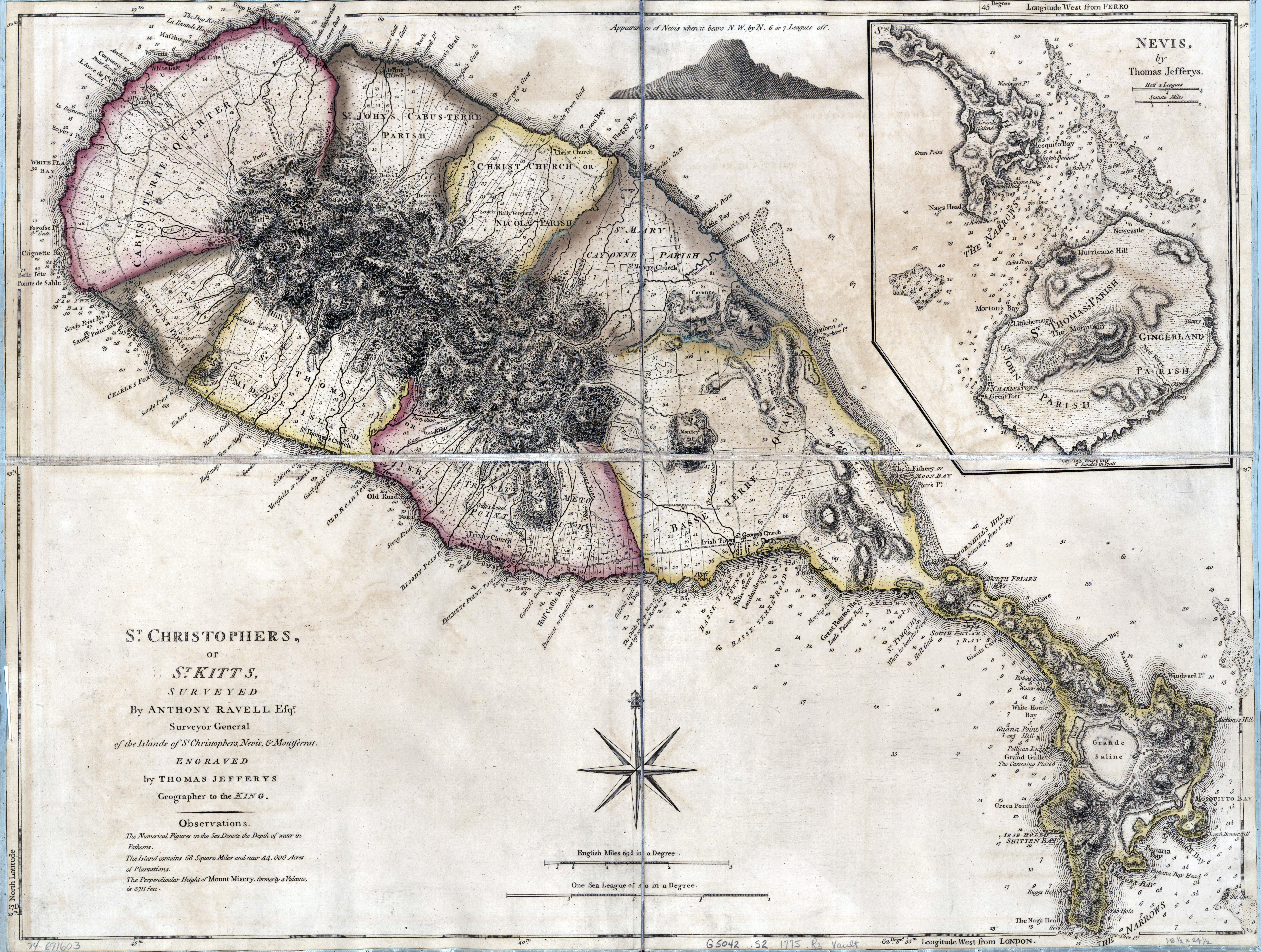 1775 Map of St Kitts and Nevis, clearly showing partitioning of land into plantations. 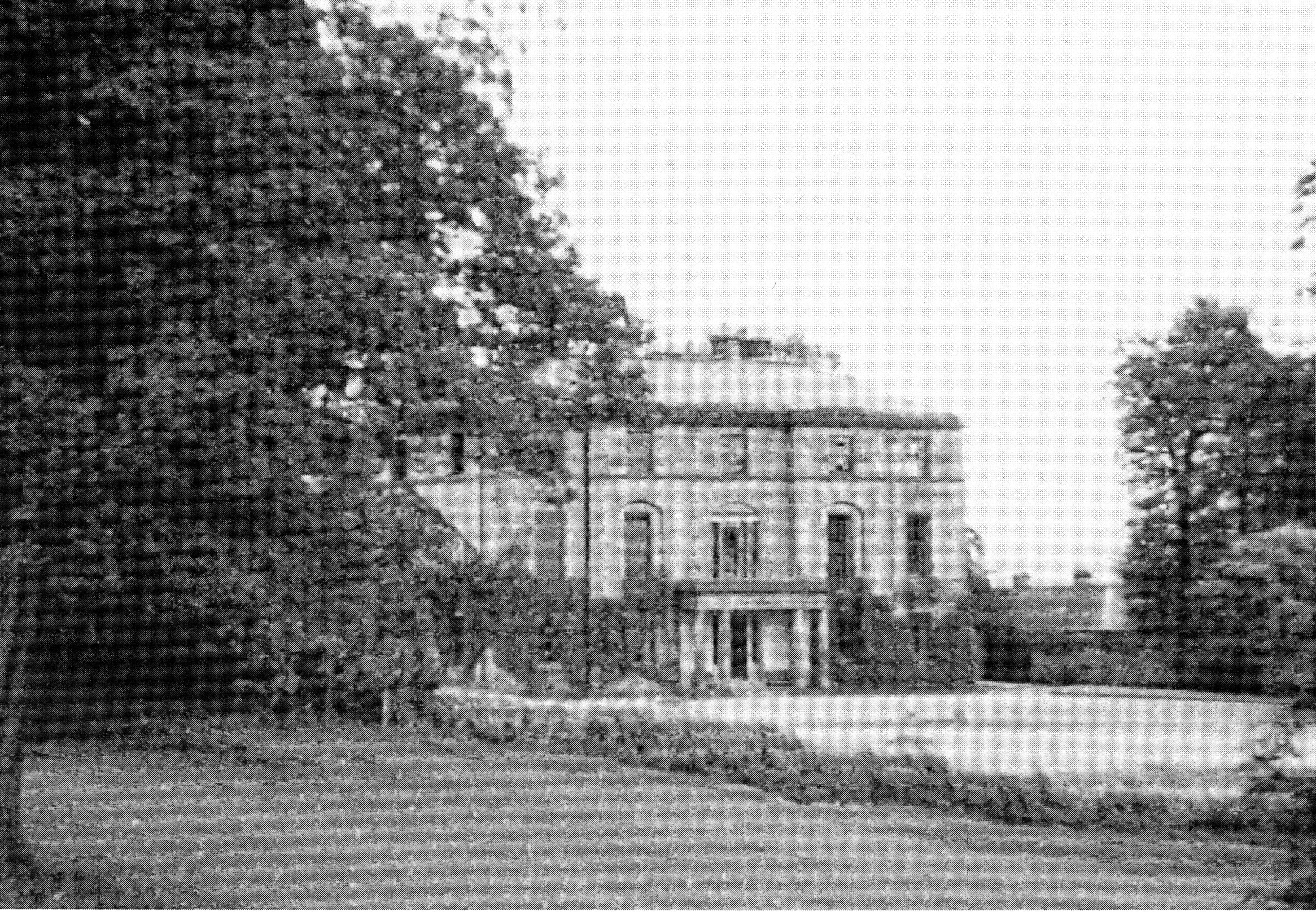 Tillicoultry House, bought by Duncan Glasfurd on his return to Scotland in early 1800s. He sold the house again as could not afford it and retired to a small farmhouse. The house was de-roofed in 1934 and demolished in the 1960s. 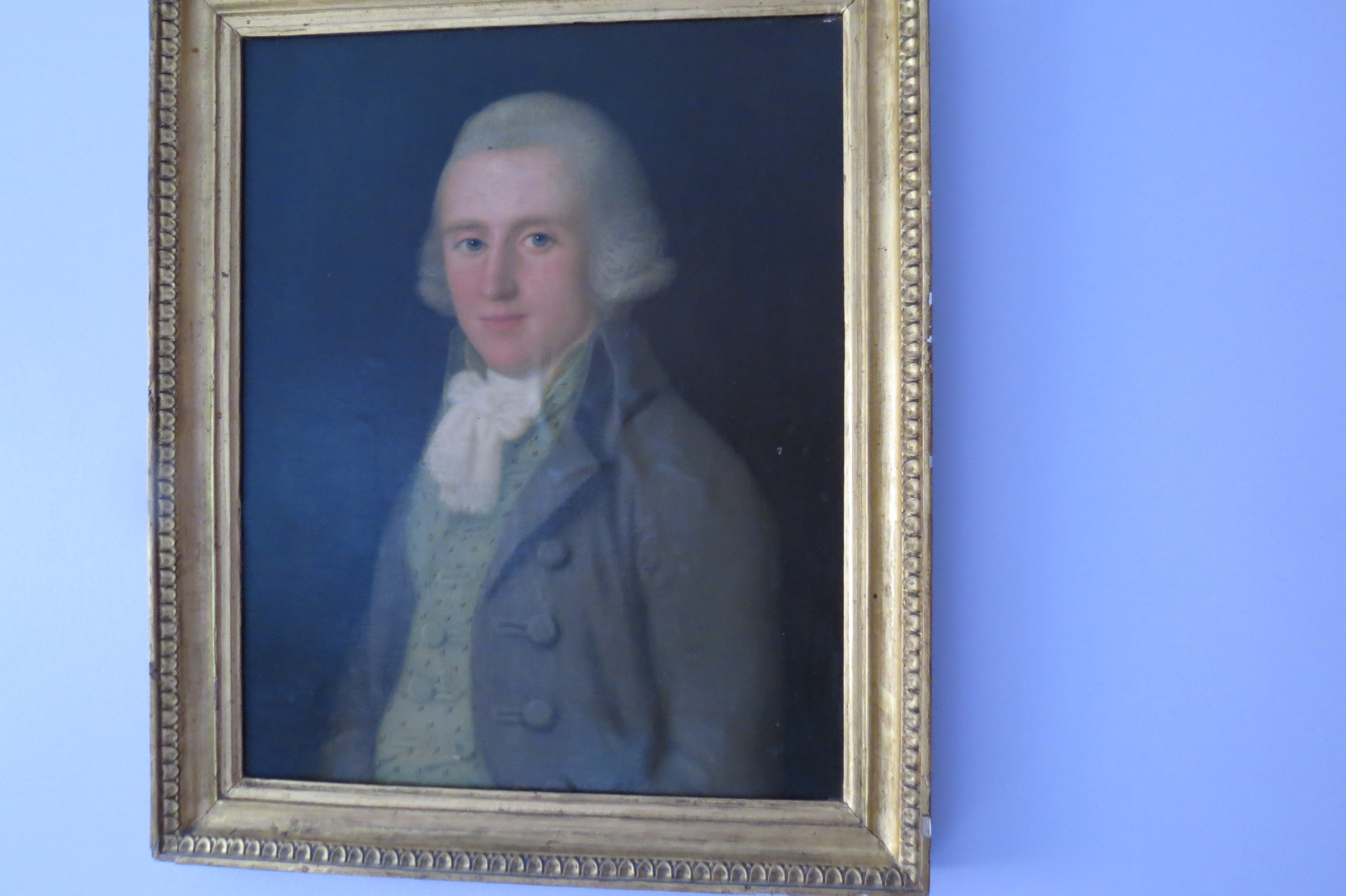 Duncan Glasfurd, 1769-1816. Artist unknown. Both portrait and Tillicoultry house were only afforded because the Glasfurd brothers profited from slavery. His brother, John Glasfurd, owned White Flag plantation, Sandy Point, St Kitts. When he died in 1805, Duncan Glasfurd inherited his estate. He returned to Scotland. I do not know when White Flag was sold, but there is no reference to this belonging to the Glasfurds by 1833 when slave owners were compensated. (The painting is not mine. I would not hang it on my wall).

In their reply to me, the British Library said: The project at the British Library was directed solely at ‘named collections’ of antiquarian materials — that is entire libraries of early printed books that were formed by known people in the past and are today generally kept together as a discrete unit. The aim was to demonstrate how this institution — although relatively new (1973) — has benefited from the work of all kinds of collectors from the 16th century onwards. It is also about being open about what we know, so that researchers can judge whether this information is relevant to their studies. As a result of publicity over the past two weeks, it has become clear that our own research needs to be revisited urgently. The document has therefore been removed while we do this.

(2) I am writing a series of stories as a way to reckon with my forebears, and to think about how the Enlightenment and chattel slavery in the British West Indies wove together through the 18th century. I will carry that story through the nineteenth and twentieth centuries to India and Australia, to show how chattel slavery powered the British Empire and cast a shadow over everything that was to come.